The Masseria Maccarone cultural heritage estate extends for some sixty one hectares (approximately 150 acres). The estate has around twenty thousand olive trees, many ancient, including semi-certificate varieties.

Within the perimeters of the heritage property but outside the defense walls is a historical Hypogeum (subterranean chamber) with a mill that is still operational. Inside the chamber, still preserved, is an ancient olive oil production system followed by Basilian Monks (330 to 400 AD) of Greek origin. 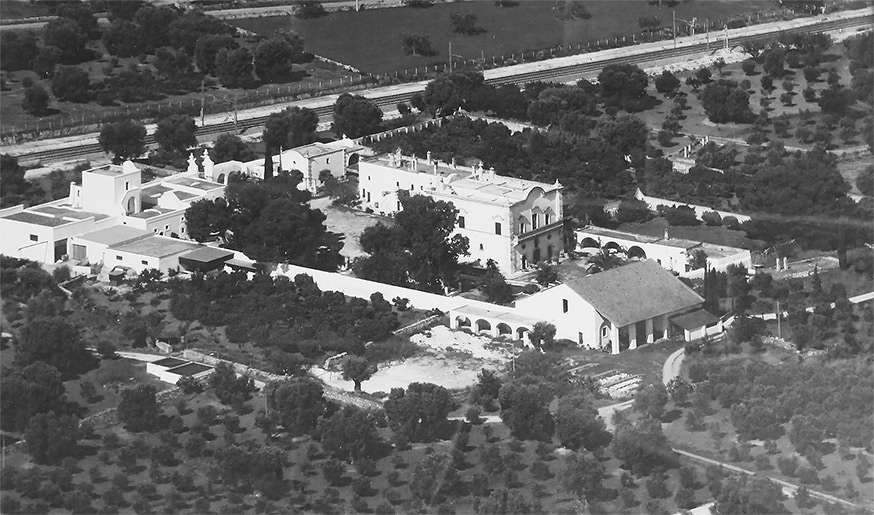 Traditional olive oil processing (dating back to 4000 BC) begins with crushing the olives into paste. The purpose of crushing is to facilitate the release of oil from the vacuoles. From generation to generation, Masseria Maccarone has followed the traditions of olive oil processing, with only minor variations over time to improve the quality of olive oil. But they have replaced granite stone crushers with metal crushers. Modern olive milling is very gentle in order to avoid overheating the paste, so not to exceed 27 degrees centigrade. 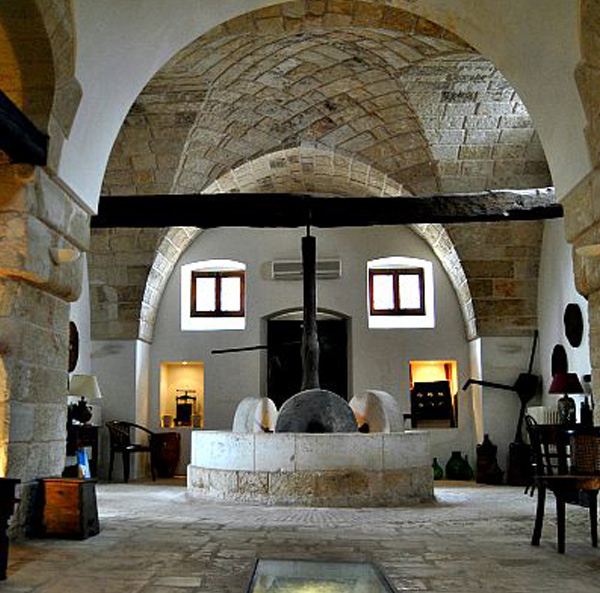 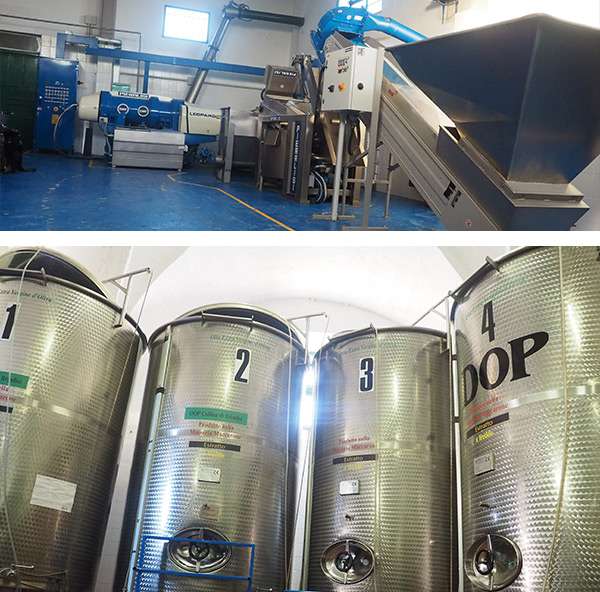 The Masseria Maccarone olives are harvested by hand by “bacchiattura” (hitting the tree with a stick) and mechanical shakers. They are crushed the same day as harvesting, exclusively extracting the oil at low temperatures to produce an extra virgin olive oil without acidity. This Masseria Maccarone traditional technique ensures the unique and inimitable characteristics of each variety of olive are rich in flavour, fragrance and pleasing to all the senses. The notorious producing problem of extra virgin olive oil oxidation is neutralised by storing the oil in stainless steel thermal air extractor silos. Furthermore, the exposure to air is reduced to almost zero by the bottling process developed by Masseria Maccarone, which keeps the quality and characteristics of the extra virgin oilve oil by avoiding any form of oxidation degration.